I have to be honest here. I was the most disrespectful wife. The walls I had put up even before we married gave me the gift of a sharp tongue and a nasty disposition. I was owed something in this life and I let my husband know it. I didn’t trust easily and I wasn’t about to let my guard down.

Did I deserve respect? I’m so embarrassed to admit this but the truth is I didn’t, not even a little. Thankfully, God had given Ryan the gift of forgiveness. He was able to look past my faults and love me anyway. He looked for things to appreciate about me and I’m sure if he were honest he would say that sometimes he had to search pretty hard.

Over time I softened and began to treat him with honor and respect as well.

We reap what we sow.

Ryan reaped respect because he had sown it for years. I reaped many ridiculously hard days because of my poor attitude. Today you choose which side you’re on. Your partner may not be worthy of respect either but you can still decide to give it.

God says that respect is a must. The dictionary describes it as a deep feeling of admiration for someone’s abilities. It changes us to know that someone actually believes in us like that. It was Ryan’s ability to think so highly of me when I knew I didn’t deserve it, that caused me to want to live up to that belief.

Today choose to be respectful of your spouse. Choose to focus on the good in them and start right where you are. Sow today what you want to reap tomorrow and you will reap great rewards in your relationship.

However, each one of you also must love his wife as he loves himself, and the wife must respect her husband.

Prayer: Lord, show me how to better respect my spouse. Open my eyes to all of the great qualities that you have given them and help me to respect them for it. You say that respect is a must; I know there are many areas that I have fallen short in regards to respect. Please help me to do better beginning today. In Jesus name, Amen.

My husband and I have many gifts – one of which is the ability to have some pretty heated discussions. Put two stubborn people with big ideas and strong opinions in a room together and watch the show.

I remember one day in particular, we were in what seemed to be a constant battle over everything, and nothing. I’d say the sky was blue, he’d say it wasn’t. He’d say the grass is green, I’d adamantly disagree.  Raised voices, angry stares, we had it all.

Then we ran into people we knew- so we smiled, laughed, and carried on a pretty good conversation with them; a conversation that ended with them telling us how much they hoped to have a marriage just like ours someday. (Photo from Pixabay)

Be careful what you wish for…

I’ve had to swallow more pride and say I’m sorry more in the last 20+ years than I want to admit, and my husband has learned that women are pretty emotional creatures that need to talk- a lot.  He’s had to learn that honesty is a huge deal breaker and even the smallest of discrepancies can put me right over the edge. I’ve had to learn to not take everything so personally and to quit analyzing everything he says and does.

We’ve plastered on fake smiles and hid raw emotions so the world around us wouldn’t have to see the truth.  We’ve shared our facebook posts and pictures of our perfect family. We act the part of perfection while underneath we are really looking to strangle each other.

And then everything changed.

My husband and I were in one of our most heated arguments and hope seemed to be dwindling. Finally, he looked at me and said “Ya know Nick, we don’t have to be like anyone else around us, it doesn’t matter what has happened in our friend’s marriages, our families’ marriages, or the strangers down the street- This is our marriage and it can be whatever we choose.”

Enter Miracle #1.  I was speechless.

I had never thought of it like that. I had spent so many years watching others fall apart and in my heart I guess I believed that at some point every relationship ended there as well.

I honestly never even considered that what happened in our marriage was our choice.

Ryan went on to say that he felt that every great relationship goes through the fires of life. We could either fight to stay together, or fight until we go our separate ways but either way there will be some battles in our future. (Photo by Pixabay)

Enter Miracle #2– I agreed with him.

Now I’m not going to say that everything immediately became perfect. 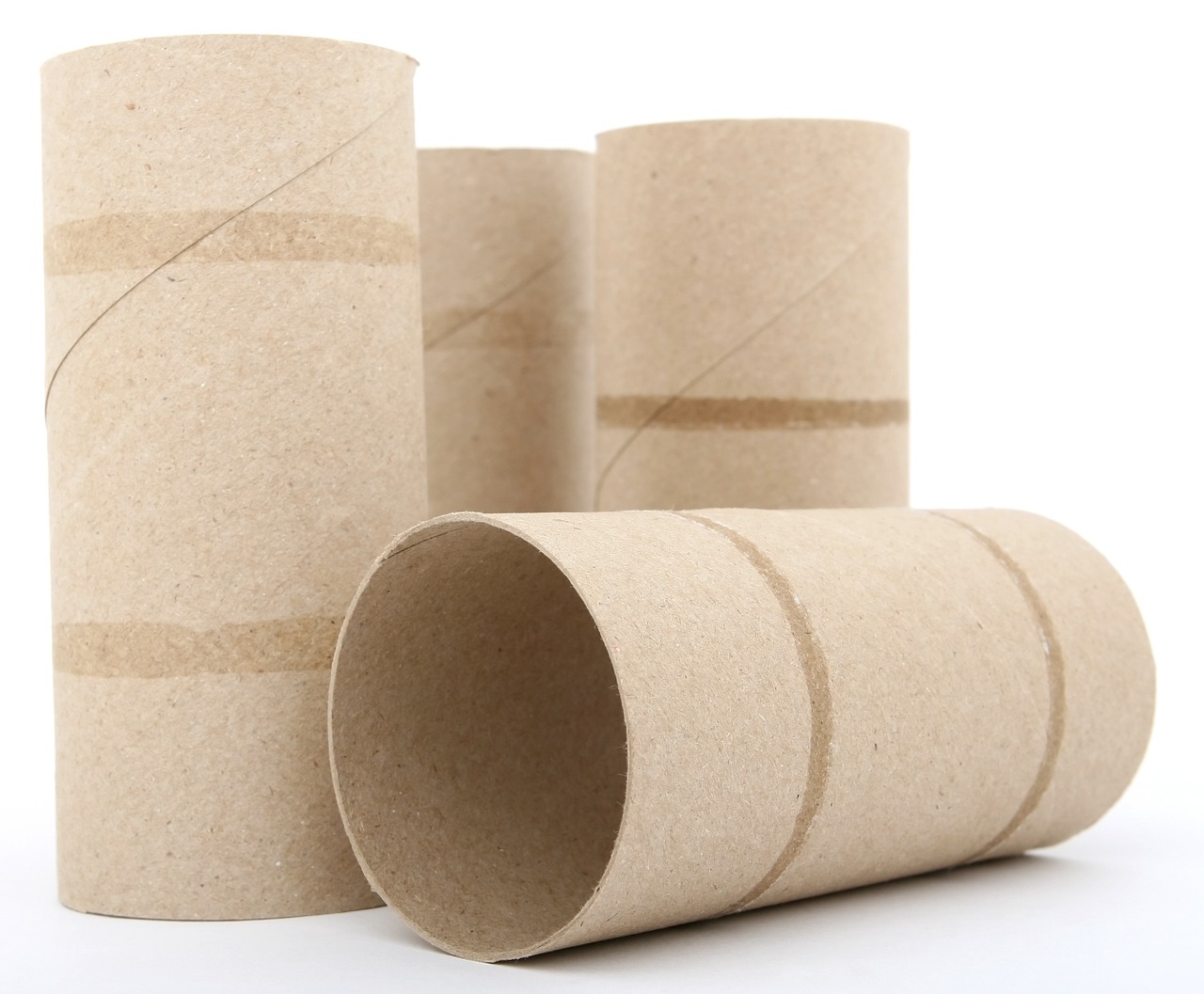 Nope, he still leaves the toilet paper roll completely empty and places the extra roll across the bathroom just out of reach.  The toothpaste is still squeezed from the middle of the tube, and his socks still sit on the floor beside the bed. (Photo by Pixabay)

I still steal all the covers, become completely unglued when the bedroom ceiling leaks, and leave all my makeup and hair supplies on his side of the sink.

The difference is that now these things don’t cause strife in our relationship. We’ve decided to choose peace over perfection and that has been the best decision we’ve made.

We’ve quit comparing ourselves to others, the good and the bad and decided to just be us. Isn’t that what we were supposed to be anyway?

Our marriages are built or torn down brick by brick, nail by nail. 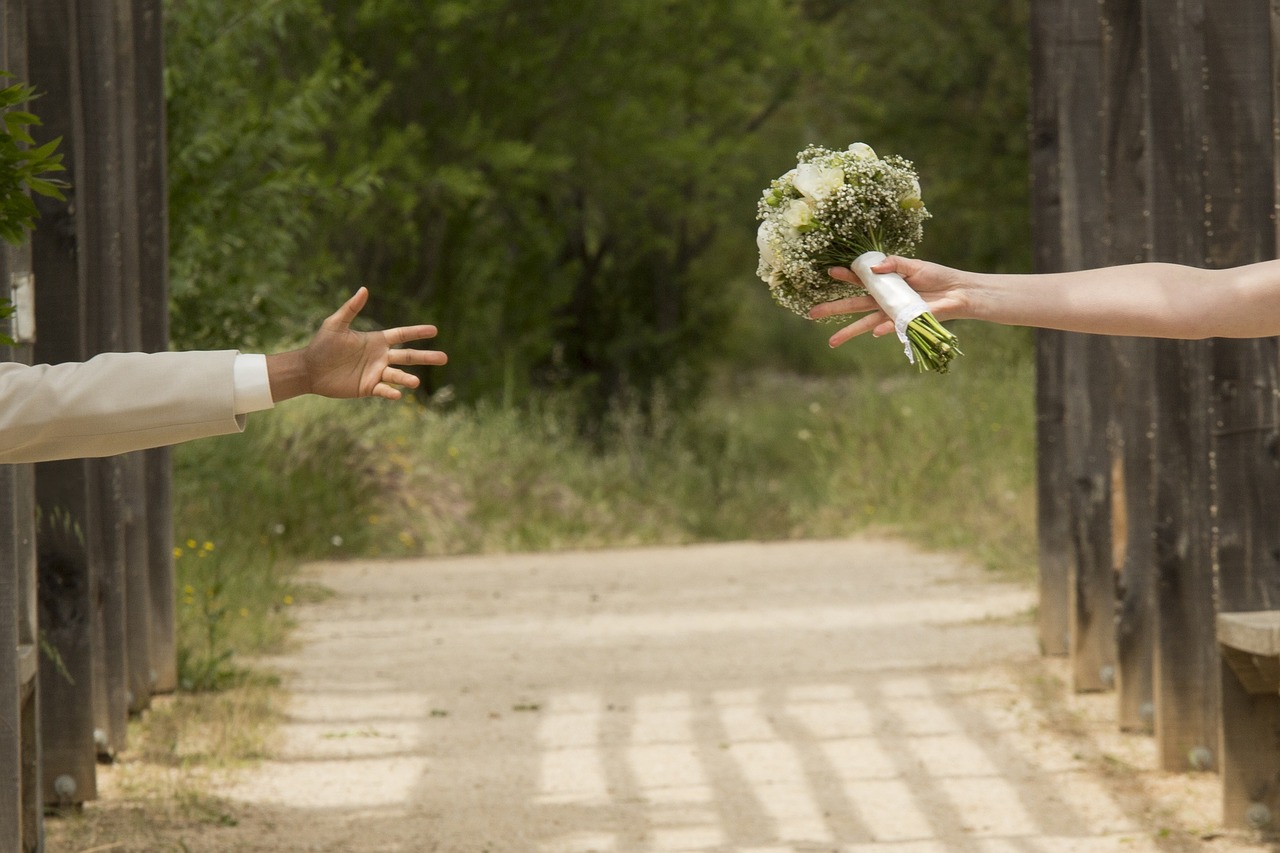 Marriage is a good thing.

It was meant to be good. It’s time we quit trying to change each other and start becoming the team we were always meant to be. (Photo by Pixabay)

The minute I began to look at my husband through new eyes things did change. I realized that although he is very different from me, he is on my side and those differences are a gift to me. He is strong in places that I am weak.

Enter Miracle #3– My marriage. It’s not at all what I expected and once I let God get a hold of it, it became better than I could have imagined.

Miracle #4 is all yours.

Let God take your marriage and give it new life. Let hope begin to sink into the very crevasses. No matter how good or bad your marriage is today- this is your year to make it amazing.  Instead of criticizing our husbands for what they are not, how about we pray for them to be the best they can be this year. How about we lift up our marriages to God and let Him do the work in both of us.

Today, let’s stop fighting with our husbands and let’s fight for them.  It may just make all the difference.

Wife. Mom of three. Passionate lover of Jesus. Teacher. Writer. Speaker. Encourager. Believer in Hope.
I want to leave a legacy. I fail, I disappoint, but I hang on for dear life. My goal is to never, ever, not even for a second, give up. I hope this blog will inspire you to do the same.
Follow on WordPress.com